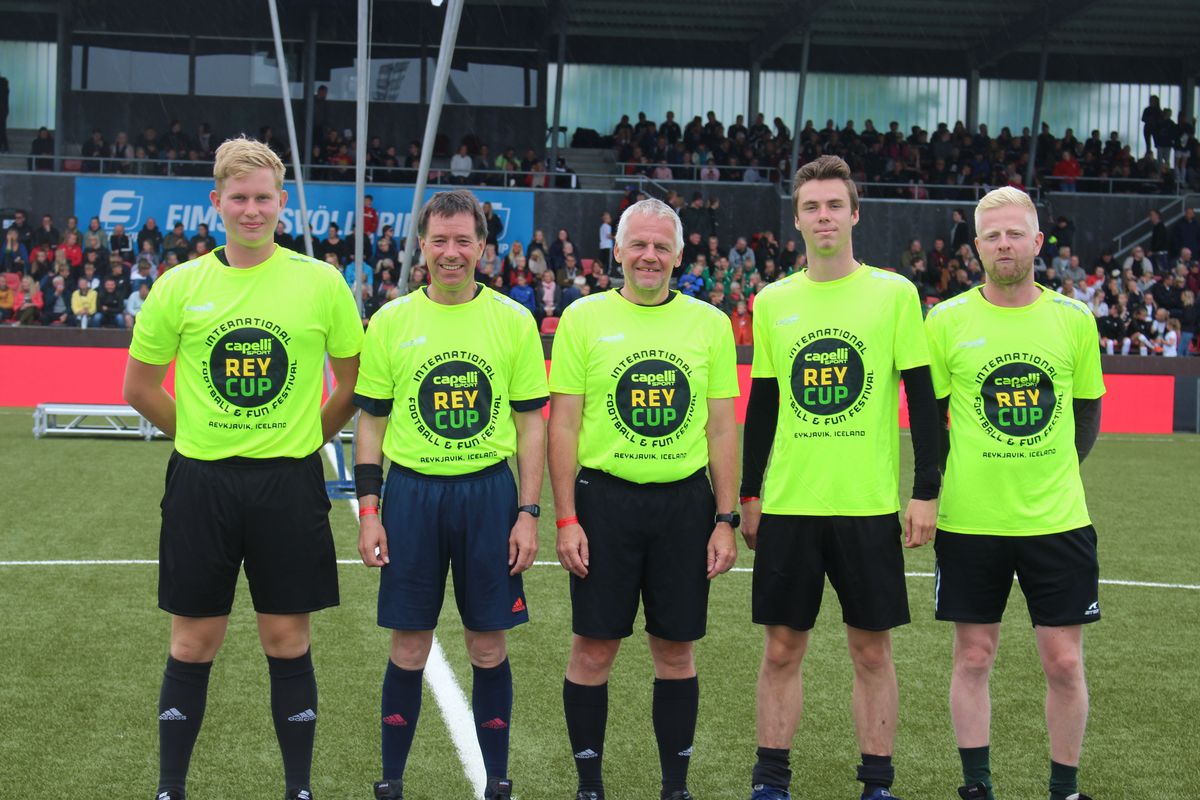 The city of Bern in wonderful Switzerland is the host of the EUROGAMES 2023 where Pride and equality are celebrated in the LGBTQ+ community with a great sporting event.  All are welcome, so come with us and be a part of it.

Increase your referee competence and find new referee-friends with us on international soccer-tournaments! 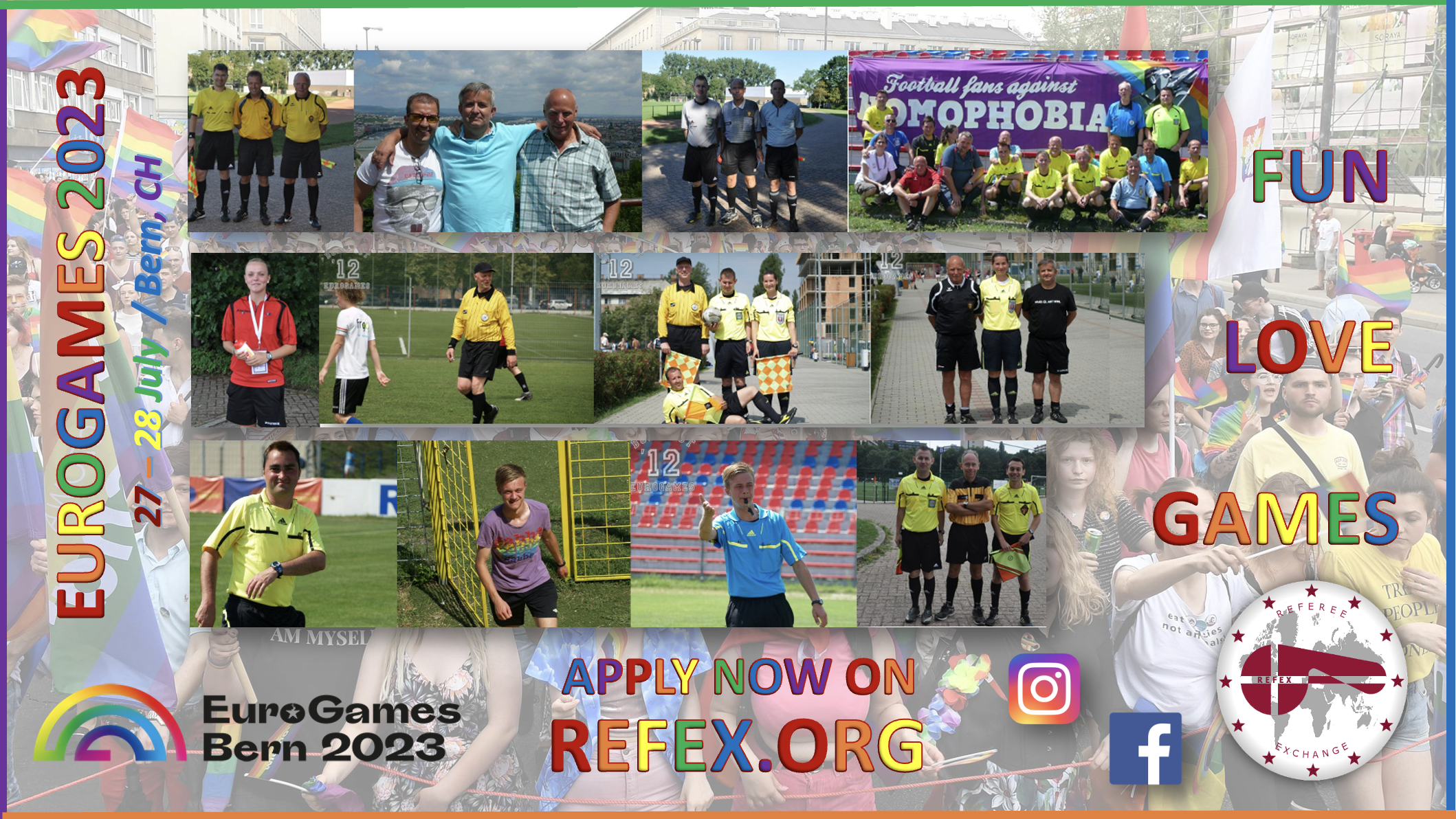 Some time ago we proudly announced that we are the only official partner of the EuroGames 2023 for the supply of football (soccer) referees from all over the world. As on many previous Out Games, we have been chosen as a safe and reliable partner for this collaboration. At this moment we can announce that applications for this fantastic event are open!
The city of Bern in wonderful Switzerland is the host of this great tournament where Pride and equality are celebrated in the LGBTQ+ community with a great sporting event. All are welcome, so come with us and be a part of it.
EUROGAMES 2023
Where? Bern, Switzerland, Europe
When? 27.07 - 28.07
Who? Everyone
Accommodation? 26.07 - 29.07
Classes? 7 vs 7 and 11 vs 11
Contact? Michael Wachowiak
All info through REFEX.org/Eurogames2023
#REFEX #EuroGames2023 #EuroGames #Proud2beREFEX #REFEX4All #REFEXPride 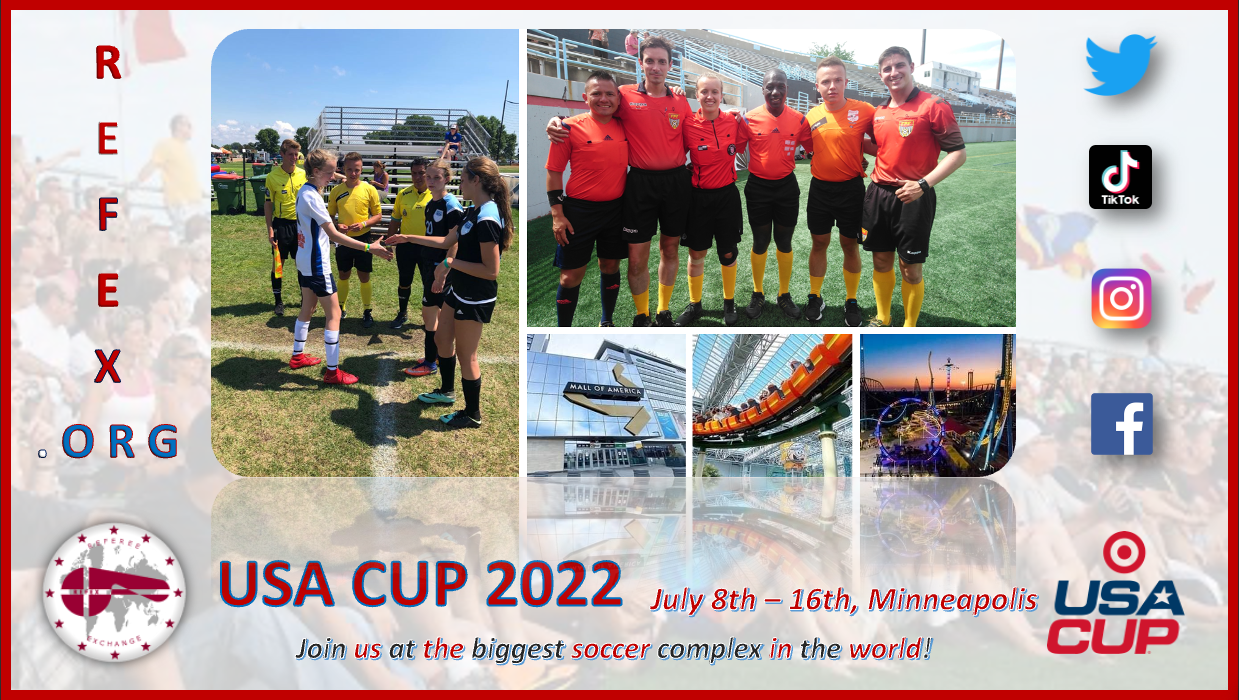 What? USA Cup 2022
Are you ready for a new adventure? Two great tournaments in one. The first part of the tournament is from 09th to 11th, with one day break and the second part from 13th to 17th. Schwan’s USA CUP is one of the largest youth soccer tournaments in the world that is held over 10 days in Minneapolis, Minnesota. The event takes place at the National Sports Center which features over 50 soccer fields in one location.
The NSC has been recognized by the Guinness Book of Records as the largest soccer complex in the world. The tournament attracts over 1,000 teams from the US and around the world. USA Cup expands far beyond the soccer field by offering many different activities and attractions such as: Mall of America, Valleyfair Amusement Park, MN United soccer game, MN Twins baseball game, Bunker Beach waterpark, and more. It is an unforgettable cultural experience that will bring memories for a lifetime. A great part of the tournament is the big opening ceremony. At the free day between the tournaments, USA Cup offers a nice day for the foreign referees to enjoy.
When? 08.07.2022 - 16.07.2022
Where? Minneapolis, Minnesota (USA)
Info and applications: REFEX.org/USACup2022

REFEX and EuroGames 2023 have signed a cooperation that REFEX will be the exclusive partner for carrying out the football tournament at the EuroGames 2023.

There will be 7-on-7 and 11-on-11 tournaments for male-identified, female-identified and non-binary participants. The EuroGames Bern 2023 will take place from July 26 to July 29, 2023.

REFEX is joining EuroGames Bern 2023 as official tournament partner for football. Michael Wachowiak and David Hofstetter, board member of EuroGames Bern 2023 signed a cooperation contract on January 29, 2022, in Bern, Switzerland. REFEX will deliver referees, refereeing experience and organization for the complete tournament.

REFEX always showed the importance of relationship, trust and diversity to the world as being the integrative partner for refereeing. REFEX itself stands for inclusion and openness and bringing the world together in sports.

«We are extremely happy to have REFEX on board with us», says Greg Zwygart, co-president of EuroGames Bern 2023.

The EuroGames – a multisport event dedicated to diversity and inclusion– will take place in Bern from July 26 to 29, 2023. Licensed by the EGLSF (European Gay and Lesbian Sport Federation), there will be approximately 20 different sports attracting an estimated 3500 athletes from all over Europe.

REFEX was the official tournament partner for the EuroGames in Budapest 2012, Stockholm 2015, Helsinki 2016, and for the World OutGames in Antwerp 2013. And so, we are very proud to be the official partner of the EuroGames 2023 again and thankful for the trust in our expertise and capabilities.

REFEX - the strong link between referees and tournaments! 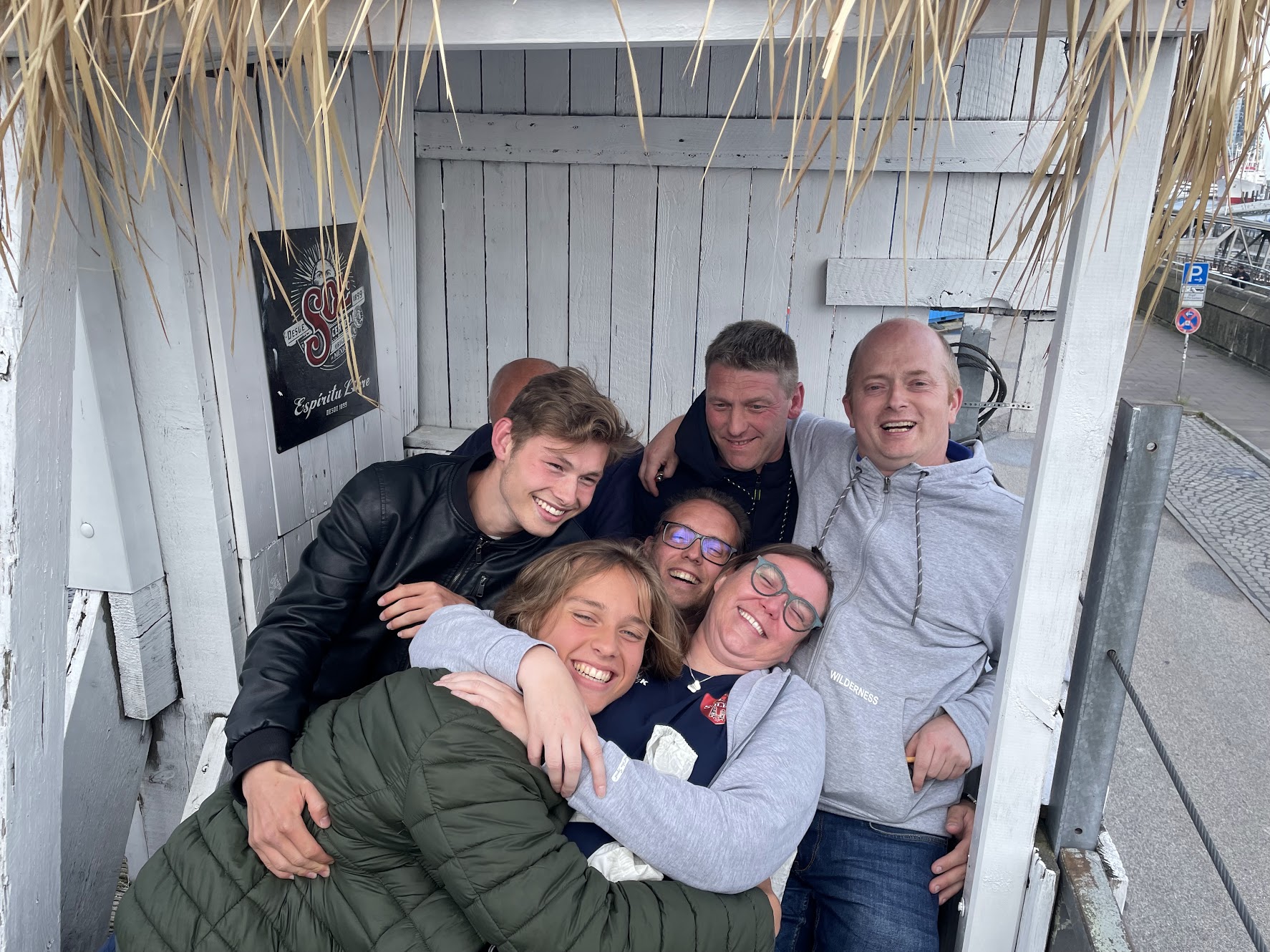 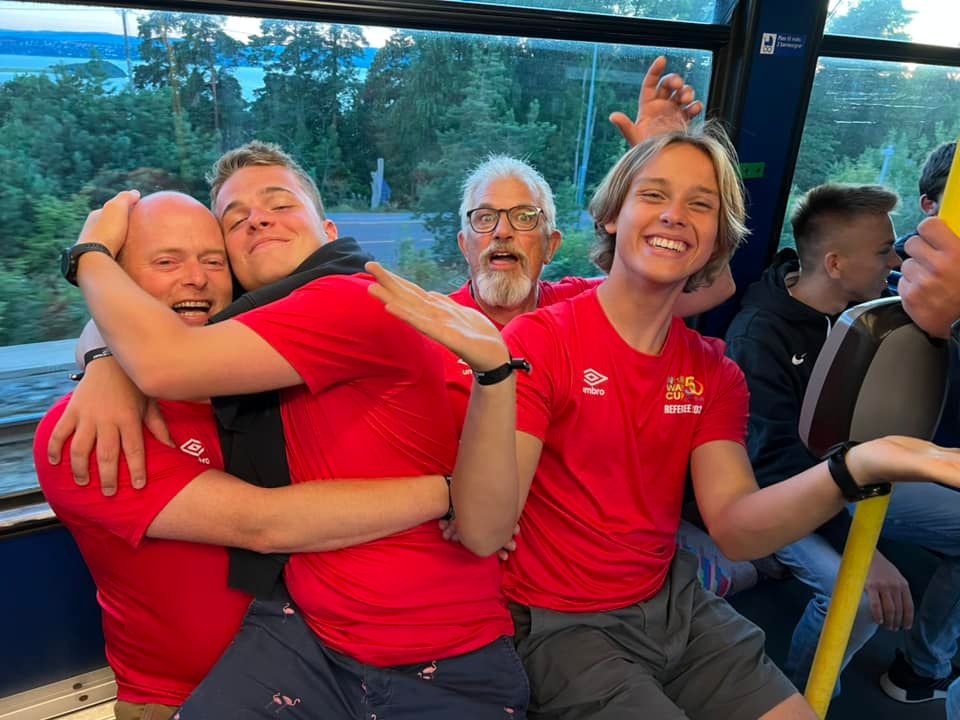 Have new experiences, meet new friends and improve your refereeing skills by learning from each other. We have tournaments/games on several levels so you don't have to be referee in the highest leagues to participate.

On our misson to support referees in improving and also to take care of quality we need qualified observers. On several tournaments we also offer spots for observers.